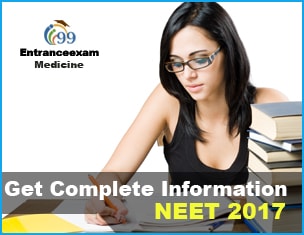 Previously, it was notified that candidates, who already appeared three times in AIPMT/NEET, will not eligible to apply for NEET 2017. But, by considering the future of candidates, the authority has made some changes in previous announced notification.

I would like to inform candidates that NEET 2017 application process has already started from 31st January, 2017 and deadline to apply is 1st March, 2017. So, hurry up, apply today

Get Medicine,Exam Updates through e-mail, by entering your details below.