Difference Between UPSC and State PSC (IAS and PCS)

If you are preparing for government job exams then you might have heard about UPSC or State PSC conducting various competitive exams. UPSC stands for Union Public Service Commission and the full form of the State PSC is State Public Service Commission. It is true that UPSC and state PSC both select candidates for administrative services but they are quite different from each other.

It is very common to see students asking questions like how IAS is different from PCS or what the difference between UPSC and state PSC is. If you are also wondering about such questions then go through this post to understand the major differences between these two commissions.

How UPSC is different from the State PSC?

First of all, you should understand that UPSC is different from SPSC in nature and number as explained below.

Important points to remember – Article 315 to article 323 of the constitution of India deals with the composition, power, appointment of members, removal of members, etc of both Union public service commission (UPSC) and State Public Service Commissions (SPSC).

UPSC Vs SPSC – Composition and Tenure

Let’s discuss the composition and tenure of both the commissions in detail.

Difference between Duties of UPSC and State PSC

There are a lot of similarities and dissimilarities between the general duties of UPSC and State PSC as explained in the following table.

Both IAS and PCS officers have a lot of responsibility and powers that why they are so respected. At first, let’s discuss the responsibilities of an IAS officer.

Duties and Powers of an IAS officer

Duties and Powers of a State PCS officer

Many students often get confused while selecting a better career option out of an IAS or PCS. Such students should check the career growth options in both services as explained below.

Question – 1: Are there separate Public Service Commissions of Union Territories?

Answer: No, there are no separate Public Service Commission for Union Territories. The selection of their officers is managed by the UPSC.

Question – 2: Is it true that the exam pattern and syllabus of UPSC IAS, and State PSC exam is the same?

Answer: No, the state PSC examinations are conducted by different State Public Service Commissions. The exam pattern and syllabus are different for every exam.

Question – 3: What is the age limit to appear for UPSC civil service exam?

Answer: For UPSC civil services, the age of a candidate should be more than 21 years and less than 32 years. Relaxations are given to candidates from reserved categories as per the rules.

Question – 4: Which one is a better option career-wise IAS or PCS?

Answer: Well, it depends upon the choice of an individual. The fact is both are highly respected jobs devoted to serve the Nation. Top 10 Countries to Study Abroad in the World 2021 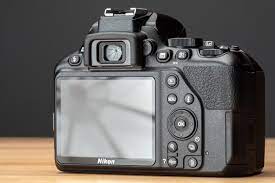 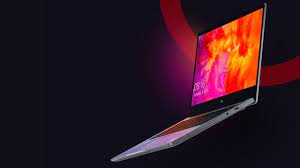