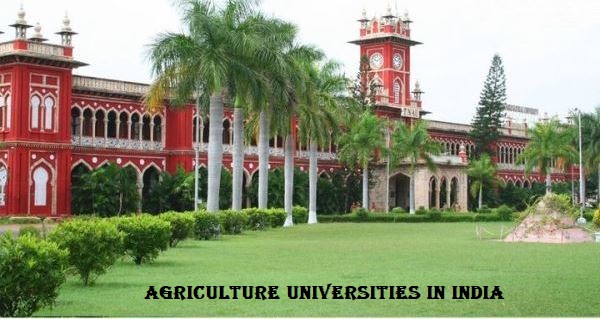 Started in 2008 under the rules and regulations set by the Government of Madhya Pradesh, Rajmata Vijayaraje Scindia Krishi Vishwa Vidyalaya (RVSKVV) is a well known agriculture university based in Gwalior.  Rajmata Vijayaraje Scindia Krishi Vishwa Vidyalaya offers several undergraduate and postgraduate level of courses in Veterinary Science, Agriculture, Animal Husbandry and Horticulture. The university is serving about 25 district of Madhya Pradesh, including 6 colleges, out of which four colleges cater to candidates pursuing agriculture and the others offer Veterinary Science, Horticulture, and Animal Husbandry courses. RVSKVV was established with the purpose to impart technical higher education research and to conquer problem faced in agriculture in the state Madhya Pradesh. There are total 5 Zonal Agriculture Research Station (ZARS), 19 Krishi Vigyan Kendras (KVKs) and four Regional Agricultural Research Stations (RARS).

Get Agricultural,Exam Updates through e-mail, by entering your details below.

Admission of applicants will be made on the basis of merit. Though, preference will be given to the candidates of this V.V. The minimum requirement of percentage or OGPA of marks for admission to M.Sc will be declared by the V.V.

Admission of candidates of Govt of Madhya Pradesh/ Govt of India NRI/ ICAR/ and V.V. shall be taken by giving additional seats subject to fulfillment of prescribed minimum admission requirements.

Admissions of applicants will be made through entrance test which is being organized by Professional Examination Board, Bhopal, Madhya Pradesh (VYAPAM, Bhopal).

Applicants selected by ICAR entry exam will be enrolled over and above the prescribed sears from time to time.

Admission to NRI candidates will be done matter to their fulfillment of prescribed minimum admission criteria and other condition set by the Government of M. P. Department of agriculture and V.V. from time to time.

Other agriculture universities in India