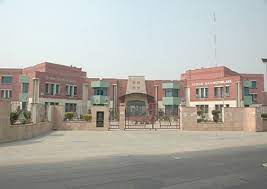 Keshav Mahavidyalaya is one of 91 colleges under Delhi University. The college was established on 20th July, 1964. Read this post to explore Keshav Mahavidyalaya Delhi regarding its admission for the session 2022-2023, courses offered, seats offered in each course, facilities, cut-off, fee structure, helpline number, address, email etc. Students can share their concern through the comment box below.

Here is the list of courses offered by Keshav Mahavidyalaya Delhi:

Get ,Exam Updates through e-mail, by entering your details below.

Here are the facilities offered by Keshav Mahavidyalaya Delhi. The college is among the 91 colleges under Delhi University.

You need to check the cut-off at the official website of Delhi University. Further, you need to login to your dashboard and select the course as per your eligibility. Further, the college will review your application and if everything is correct and in order then they approve your admission. Once your admission is approved then the same would be reflected in your dashboard. Further, you need to pay the fee. Your admissions would be considered approved only after the payment of fee. Please check all admission related details at college official website.

Please go through the fee structure of Keshav Mahavidyalaya Delhi:

Consolidated Course Fee Structure (All charges are in Indian Rupees(INR))

Keshav Mahavidyalaya is one of the youngest constituent colleges of the University of Delhi, established in 1994 by the Govt. of NCT of Delhi. The college has been awarded 15th Rank by MHRD’s National Institutional Ranking Framework (NIRF) in 2017. The college has also been accredited Grade ‘A’ by NAAC i.e. National Assessment & Accreditation Council in 2016. It is fully funded by Govt. of NCT of Delhi. Despite being one of the youngest colleges of University of Delhi, Keshav Mahavidyalaya is considered one of the best off-campus co-ed colleges having carved a niche for itself by garnering University positions year after year.