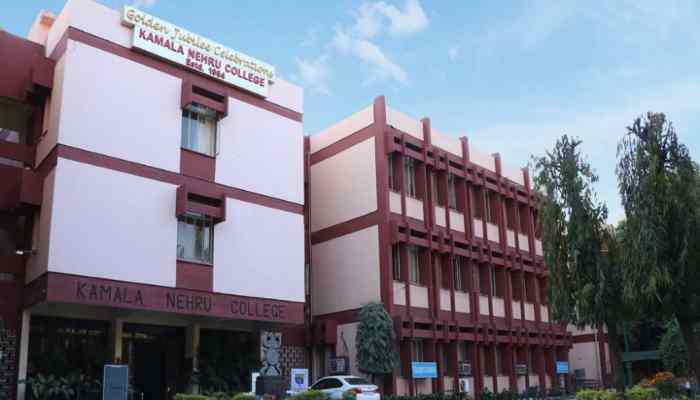 Kamala Nehru College is one of 91 colleges under Delhi University. The college was established on 20th July, 1964. Read this post to explore Kamala Nehru College Delhi regarding its admission for the session 2022-2023, courses offered, seats offered in each course, facilities, cut-off, fee structure, helpline number, address, email etc. Students can share their concern through the comment box below.

Here is the list of courses offered by Kamala Nehru College:

Here are the facilities offered by Kamala Nehru College Delhi. The college is among the 91 colleges under Delhi University.

Get ,Exam Updates through e-mail, by entering your details below.

You need to check the cut-off at the official website of Delhi University. Further, you need to login to your dashboard and select the course as per your eligibility. Further, the college will review your application and if everything is correct and in order then they approve your admission. Once your admission is approved then the same would be reflected in your dashboard. Further, you need to pay the fee. Your admissions would be considered approved only after the payment of fee. Please check all admission related details at college official website.

Kamala Nehru College was established on 20th July, 1964. At that time, it was known as ‘Government College for Women’ and was located in Defence Colony. The College initially offered courses only in humanities but later the commerce stream was added. The college began the early years of its journey under the guidance of the founder Principal Dr. K. K. Gorowara. When the college was started, it only had sixsteen staff members and 209 students passed out in the first batch in 1968. The College Magazine ‘Swati’ was launched in the academic year 1965-66. In 1966-67, the College was renamed as ‘Modern College for Women’ and in 1967-68 the College Magazine acquired a new name ‘Apoorva’. On 21st November 1972, the foundation stone for a new building was laid at Hauz Khas (at present August Kranti Marg) by then President Shri V.V.Giri. The college was given a new name and it became Kamala Nehru College. In 1974, on the occasion of Founder’s Day, Mrs. Indira Gandhi visited the new building, unveiled the plaque and planted saplings.